July Week 3 | What to do in Valencia

Already in the penultimate week of July, yes, time does fly indeed. So far we’ve had the hottest day of the year, VinoKilo hosted their successful vintage pop-up market, Francis Bacon’s exhibition was as interesting as it was unnerving, Valencia’s ongoing constructions and pedestrianisation of the city has shown the potential of a greener city, delicious pizzas scuffed down, cocktails downed and a small wave of tourism gave life back to a dormant city center. We start this new week eager to try more things, discover new places, attend plenty of events, meet new people. Let’s get to it! Here is our list of things to do in Valencia during the week of 19-25 of July.

Feeling Stressed? Bring Out The Viking In You At Ruzafa’s Axe Throwing Bar. (20% Discount with Code: ORDERMAG)

Ever wondered what it feels like to throw an axe at a target? It’s a bit like bowling, except instead of rolling a ball on the floor, you’re chucking a 1kg, sharp, ancient weapon of war. And instead of pins, it’s a wooden target. So, not like bowling, but kind of. Believe it or not, this activity is becoming very popular amongst groups of friends, for the adrenaline and competitiveness it brings out, while also being a fun stress-reliever.

Don’t worry if you’ve never thrown one, The instructors of @el_hachazo will walk you through every step, teach you how to handle them, and also set objectives and create fun games for the experience to be as enjoyable and memorable as possible. Bring out the Viking in you!

Try a Local Beer Inside The Cabañal Market.

Understanding and appreciating craft beer can be a daunting prospect, with so many different types, where does one start? Well, tucked away inside the Cabañal market, you will find @josefina_vlc . This beer shop, although small in size, is jam-packed with an impressive amount of local beers, from pale ales to lagers and everything in between. Having recently celebrated its first year, this beer haven has up-to 80 local beers, including its own brand, of the same name. But don’t worry if you’re not sure which to taste or bring home, the owner will gladly walk you through each and every bottle meticulously lined up on its shelves, with an enthusiasm and knowledge that will satisfy any and all doubts you may have. For those who don’t drink alcohol, there is also the odd non-alcoholic beer and some very tasty lemonades and local colas. A great place to clench your thirst if ever you’re in the neighbourhood.

Eat Lebanese at Beirut King, the kebab for the health-conscious and lovers of taste!

On a scale of zero to 10, Lebanese food scores a 12…(the extra 2 are for the charming service and great atmosphere that comes with eating at a Lebanese joint). Generally considered as one of the healthiest cuisines in the world, (every dish uses vegetables, fresh herbs and olive oil as their base), you can eat a three-coursed meal and leave feeling lighter than before you started eating. How? We don’t know, we’re not scientists. One thing is for sure though, you won’t leave Beirut King disappointed. Whether you’re a meat eater, or a full-on vegan, there’s a dish for you all, and a tasty one at that.
We recommend the Shwarma (Lamb Wrap with tomato, parsley and sesame sauce-kebab for the health-conscious) Or for Vegans the Falafel Wrap with tomato, cucumber, pepper, radish and sesame sauce)

Buy a Fan That Describes The Heat in Valencia, @ Gnomo, A shop of profanity, colour and attitude.

If you’re looking for a gift shop with a sense of humour, an eye for design, a love of colour, and last but not least, accessories with profanity on them (which we are big fans of), then you must have heard of @gnomo.eu . Although this shop has been around for over a decade now, the feeling you get when you visit is ever-changing, fresh and always staying up-to-date and relevant with the world of design and curated goods. A shop with a lot of personality and quirkiness.

Go To La3Park for Music in the Open-Air, Food Trucks and a Festival Vibes on Saturday.

La3Park is back this Saturday for the OVEN Garden Event: Music, Open-Air and Food. There’s no denying that a summer isn’t quite a summer without a festival… Alas, due to circumstances outside of our control, we are left festivaless yet another season. That hasn’t stopped creative clubs and organizations like La3 however, to create something out of a sh*tty situation. La3Park has picked all of the highlights of a festival: the music, the open-air, the foodtrucks, the mini swimming pools and other activities to keep everyone busy and laughing, and yes… even the astroturf. FREE access from 17h30 to 18h00, 10€ for an entrance which includes a drink, and 100€ for fancy shmancies who want a table and a bottle.

Check Out The Works Of Josep Renau at Valencia’s IVAM Museum.

IVAM will always have some fascinating exhibitions going on, a great way to be introduced to the many unknown, underrated or straight-up forgotten artists and revolutionary voices of Spain’s long and tumultuous history. This week you can catch the work of Josep Renau. This exhibition attempts to reconstruct the various historical and creative contexts to which the poster designer, photomontage artist, muralist and writer Josep Renau was forced to adapt in the course of his fascinating life. The show principally investigates two of the least known historical periods within his artistic production, his periods of exile in Mexico and in Communist Berlin. Entrance is 6€.

A Rock’n’Roll Live Music Venue with a Popcorn Machine, Jukebox AND Terrace. Win

Plaza de España and Bailen neighbourhood have recently become a hub for the young, underground scene. What used to be a standard, family-filled suburbian-styled part of town is now home to some of the most spoken-about trendy bars, like Centro Excursionista Bar. A live music venue, with a jukebox (that works, and you can choose the song, like in the movies…), a popcorn machine, and some seriously good music playing from the vinyl record-player. CEB also has a sizeable terrace, which, let’s face it, is an absolute must in Valencia. A great place for a beer amongst the cool kids.

Get Your Caffeine Fix at the Home of Great Ecological Coffee @Elixir.

Some cafés have a great brand, others have great service and staff, some have great coffee, and others take pride in the history and culture of coffee, Elixir seems to have hit the nail on the head when it comes to all of the aforementioned.
A small café on one of the 4 corners of Russafa’s Market, this place is a must for those looking for a quick fix on the go, a fresh coffee refill for home, and an vast array of delicious coffees from all over the world. For those who struggle to drink hot beverages during the hot spells of summer, Elixir also offers cool drinks like their Iced Chai and Coffee Lemonade. 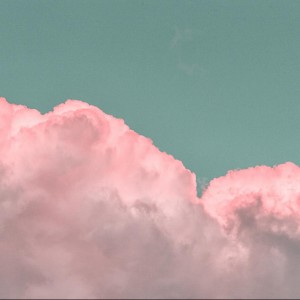 Want to be a part of our fast-growing international community in Valencia? Join Our MeetUp Group :)

Miranfu: Sanctuary for the bookworms and dreamers.

Our mission is simple, seek out and highlight the best things to do in Valencia. From cool hidden terraces, to tasty food joints, bouncing clubs and international events. Live the city like a Local.